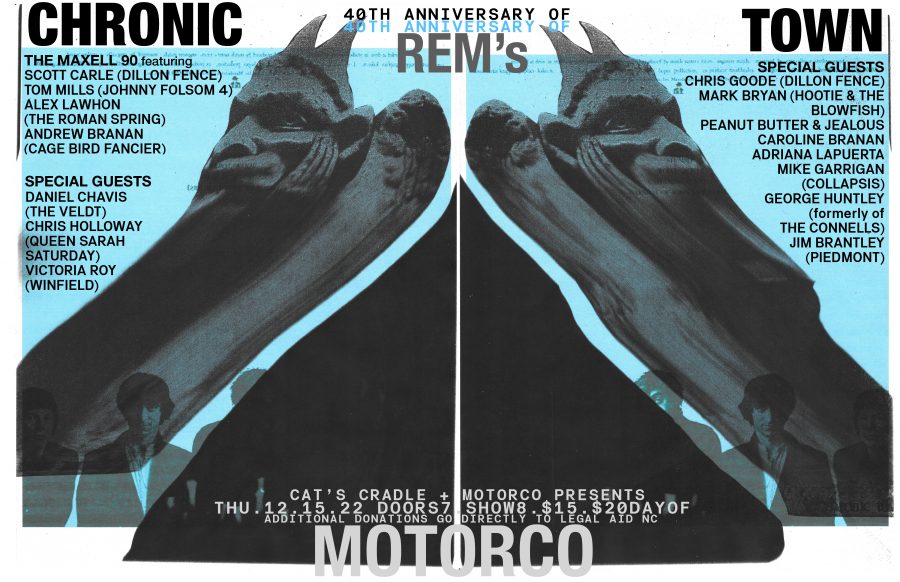 This year marks the 40th Anniversary of REM’s 1982 release, Chronic Town… There are so many albums (or EP in this particular case) that could be celebrated at any juncture in their history but this first release by the Athens band was not only an important turning point in 80’s rock but was seminal for southern pop and indie music to follow and especially in central NC and specifically Chapel Hill where the band played its first gig outside of Georgia. And the names of local musicians/managers/lawyers/producers that are in the sphere of the band is innumerable. We’re celebrating this 5 song EP on November 26th at Motorco Music Hall in partnership with Cats Cradle. A live band led by Scott Carle of Dillon Fence will be the backing band of several local artists fronting the band and singing songs from Chronic Town and other REM albums.