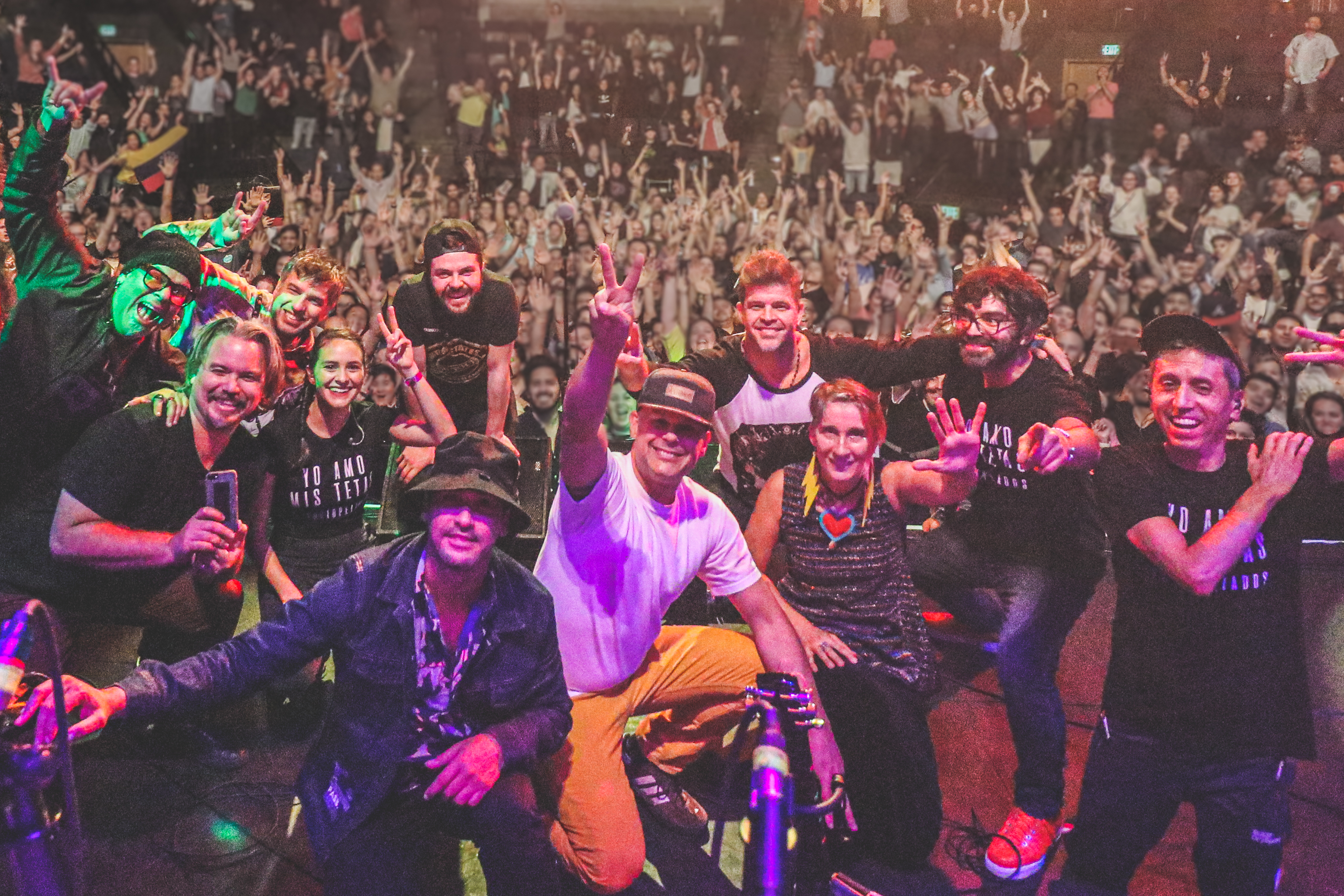 The band´s name comes from the television show “Human Values” by Venezuelan historian Arturo Uslar Pietri, which remained in the air for two decades, where he always dedicated the show to his “Invisible Friends” refering to the audience.

His record debut came in 1995 with the release of “A Typical and Autoctonal Venezuelan Dance Band”. Little by little, the band consolidated its local fame by staying on tour until 1996.

Two years later the band moves to the city of San Francisco for 2 months to record their next album and it is at this time that the band is considering the possibility of moving permanently to the United States to continue their career.

At the end of 2000 they put on sale their third album “Arepa 3000: A Venezuelan Journey Into Space” produced by Phillip Steir which is nominated for a Grammy Award and a Latin Grammy. Of this disc they leave subjects like “Cuchi Cuchi” and “The Neighbor”.

After almost a year of planning, the band decided to move to New York City on January 23, 2001. During their first year in the city, Los Amigos began a friendly and working relationship with the legends of the dance world “Masters At Work” which leads them to enter the studio in early 2002 to record what would be their fourth album.

Aterciopelados, the pioneer Latin-American folk-rock group, returns after 8 years with their first long and live project entitled “Reluciente, Rechinante y Aterciopelado.” This CD+DVD is a compilation of the most representative songs of their repertoire that celebrates over two decades of their existence as a band. It features the participation of big names, such as Macaco, León Larregui (vocals for the Mexican group Zoé), Goyo (Chocquibtown) and Catalina García (Monsieur Periné).

The group’s members, Andrea Echeverri and Héctor Buitrago, founded Aterciopelados in 1992 and achieved great success, both locally and internationally, thanks to a sound that was absolutely unique and innovative, free of prejudices, mixing rock with the roots of Colombian folklore and even with salsa and bossa nova.

Aterciopelados have grown and evolved with each production, making history in Latin America and the rest of the world. They have released seven studio and one compilation album, selling over ten million copies of their records. Their album Río has been mentioned by Rolling Stone magazine as one of the 10 best Latin rock albums of all times.