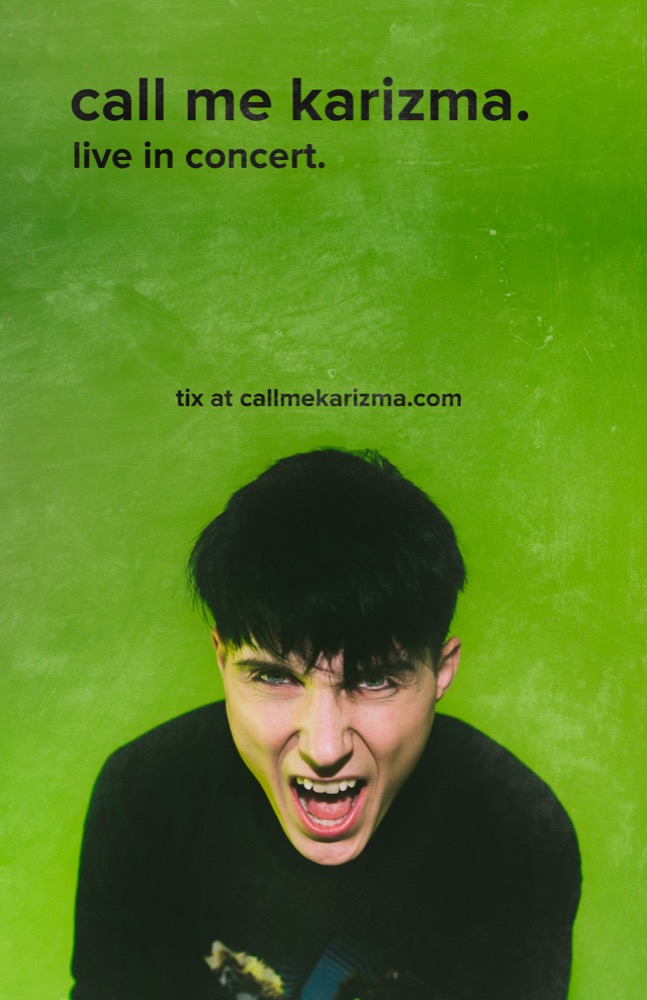 Minneapolis singer/songwriter/rapper Call Me Karizma makes visceral post-pop rooted in both hip-hop and punk. With his razor-sharp wordplay, the 23-year-old artist offers an unfiltered look into his inner life, delivering each song with an uncompromising honesty that’s earned him an exceptionally devoted fanbase. In that outpouring of feeling, Call Me Karizma transforms pain into music with intense cathartic power, and now receives at least a dozen DMs a day from fans declaring that his music has saved their lives.

Riz started writing his deeply personal songs at age 12, and later paid his way through college through touring. During his sophomore year, he had a major break when Mod Sun invited Riz to join him on a 35-date run also featuring blackbear. That tour hugely broadened Riz’s diehard following, many of whom have shown their love and gratitude via tattoos of Call Me Karizma’s logo and lyrics.

In 2016, Call Me Karizma made his full-length debut with Uninvited, which reached the top 10 on the iTunes Alternative chart. The album includes “F U TILL I F U”-a track that’s amassed over 10 million streams on Spotify, entirely on the strength of its undeniable hook and blunt but tender storytelling.

At the start of 2018, Call Me Karizma began working on his three-EP series The Gloomy Tapes. With the first installment arriving in June-and quickly leading to his record deal with Sony globally-The Gloomy Tapes bears a raw vitality that makes each lyric all the more impactful.