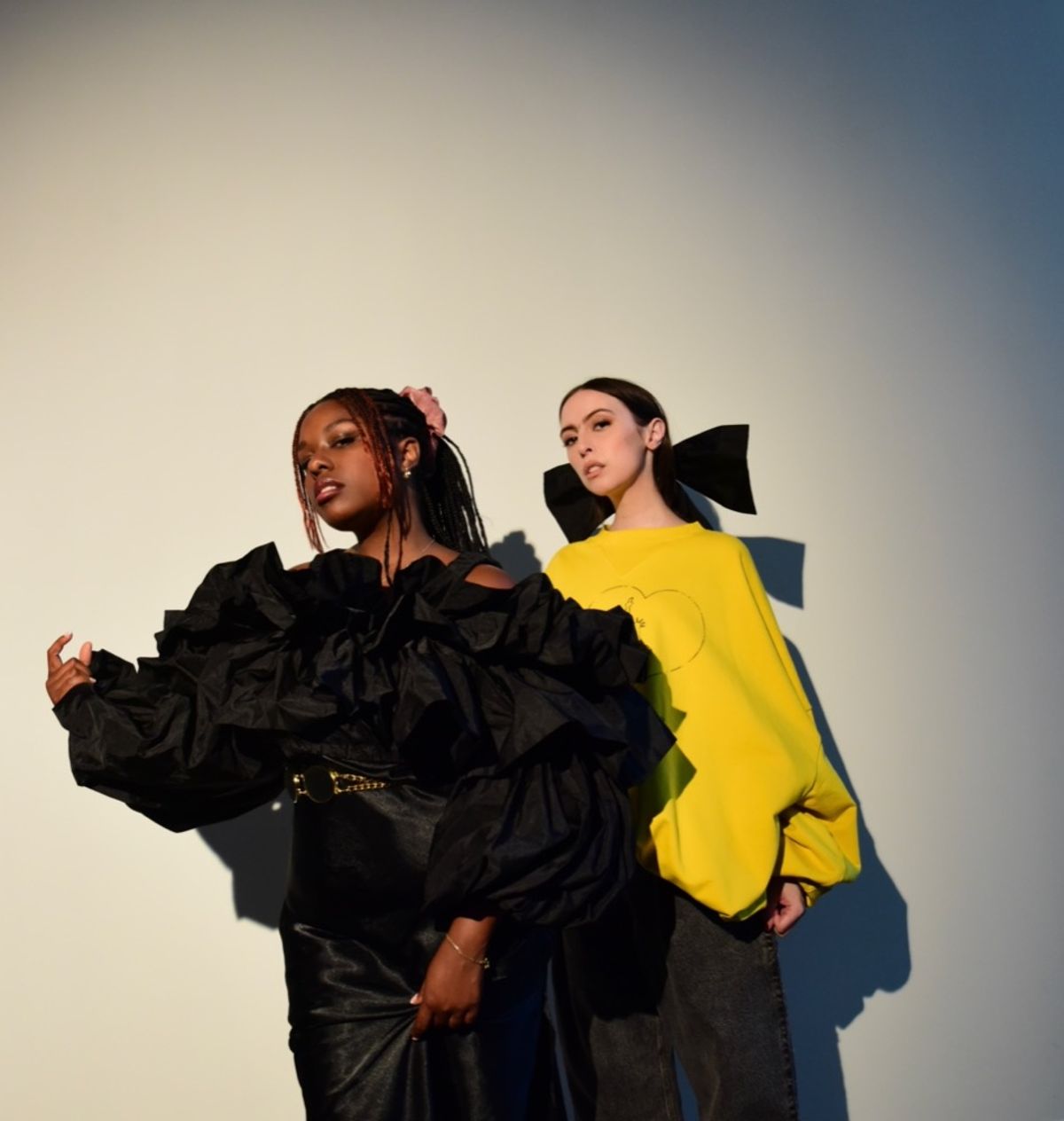 Coco & Clair Clair knew from the moment they met that they were meant to make music together. Similarly, listeners are immediately drawn to the Atlanta-bred duo through their clever, infectious, and genre-defying songs. Their devoted fan base is primed to grow with the release of their debut project, SEXY. “It’s impactful, but it’s a really silly word,” Clair Clair says of the title. “And then, none of the songs are actually that sexy.” Coco & Clair Clair are used to being misjudged at first glance, but these 13 songs put forth their most authentic selves, especially dynamic, flair-filled singles “Cherub” and “Love Me,” and put to bed any questions about their artistry.

“‘Cherub’ shows people our more hip-hop, rap side and then ‘Love Me’ is more lofi poppy [and] pop star vibes,” Coco says. “It’s showing people, hey, we can do both.”

“We both really wanted to show our capabilities,” Clair Clair adds. “Some songs, Coco raps so fast, which she’s never done before. And some of the songs, I actually try to sing or I just talk. It was important to us that we tried new things and showcased what we can do without putting out songs that are like, Well, they just put this out because this is a popular sound right now and that’s why Coco and Claire are jumping on it. It’s still very much us, but it’s new and fresh.”

Growing up in the suburbs of Atlanta, Coco and Clair Clair’s respective skill sets were on display from early ages. Coco was an only child, so she turned toward the internet to find her community and ultimately found an outlet for self-expression: “I didn’t have anyone to vibe with at home, so I would just vibe online a lot, and I got into music through MySpace. I would make music videos for friends, and then I started making beats.” Clair Clair adds, “I always wanted to be a singer but I don’t think I ever thought I would actually be one.” Her natural love for music was aided by her father. “I learned a lot about music through my dad driving me to school,” she says. “He would always play me music in the car that I had never heard.”

Toward the end of high school in 2014, Coco and Clair Clair met through mutual friends on Twitter and would soon influence and teach each other. Their foundational friendship and intrinsic trust are conduits for making music that is singularly theirs but also universally relatable.

“We really rely on the other person,” Clair Clair says. “We’ll both go write our verses, and then we share them with each other and let the other person edit them. Everything is very much both of our brains combined, which we couldn’t do with someone who wasn’t a very good friend because it’s such a vulnerable process.”

In 2017, Coco & Clair Clair decided to record, mix, and self-release the seven-track project POSH before Clair Clair left Atlanta for New York City — to at least get their music out into the world because they weren’t sure the next time they’d be together to make more. The confident, eclectic single “Pretty” took off, introducing their tongue-in-cheek lyricism and multi-layered soundscapes, and boasts over 60 million Spotify streams to date. But it wasn’t until May 2019, when they were flown to Santa Ana, Calif., to perform with Cowgirl Clue that they realized they were becoming career musicians.