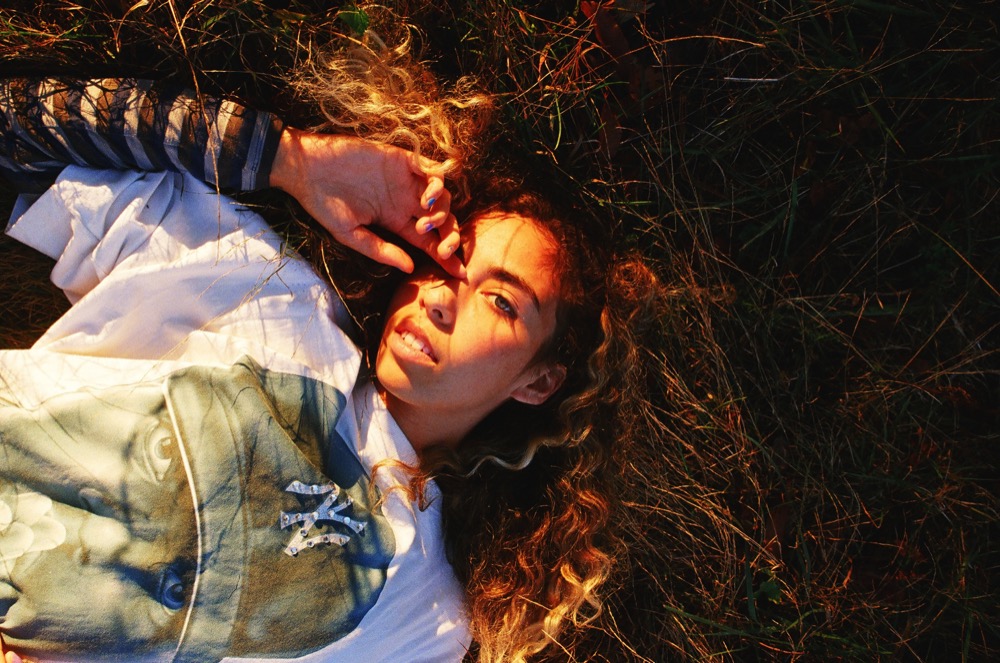 Indigo De Souza is a multifaceted artist and band based in Asheville, North Carolina. The band is fronted by Indigo as lead singer and guitarist, and backed by Owen Stone (bass), Ethan Baechtold (guitar), and ​Jake Lenderman (drums)​. Encouraged and supported by her mother, Kimberly Oberhammer, Indigo began writing music when she was 9 years old and quickly began to embody her art, taking to the stage at age 11. Since then, she’s been writing heart-wrenching lyrics descriptive and expressive of her own internal landscape’s interaction with the power of interpersonal relationships- from caregivers to romantic interests. This is all highlighted in the band’s first full album, ​I Love My Mom, ​recorded by Colin Miller in 2018. Both the music and her artful lines captivate listeners and provide solidarity in the pain and beauty felt in the world, providing an intimate and powerful listening experience. After her performance in early 2019, Audiotree Live described the 22 year old as a, “punky indie pop songwriter whose eloquent, passionate persona sits at the forefront of her snarky tunes. She transfixes you with unabashed, meaningful stories put to effortlessly catchy hooks and explosive instrumentation.”

Outside of the indie pop band, Indigo also fronts a neo-soul project, Icky Bricketts, with Ethan Baechtold. Ethan and Indigo have co-written these songs and lovingly refer to the project as their “brain-child”. Icky Bricketts began as a recording project, but has recently grown to include a dynamic and energizing live band. The extensive differences between these two projects illuminate the vast talent of the members of this group, as well as the versatility of Indigo’s writing.

Indigo De Souza and Icky Bricketts plan to release new music in the near future.