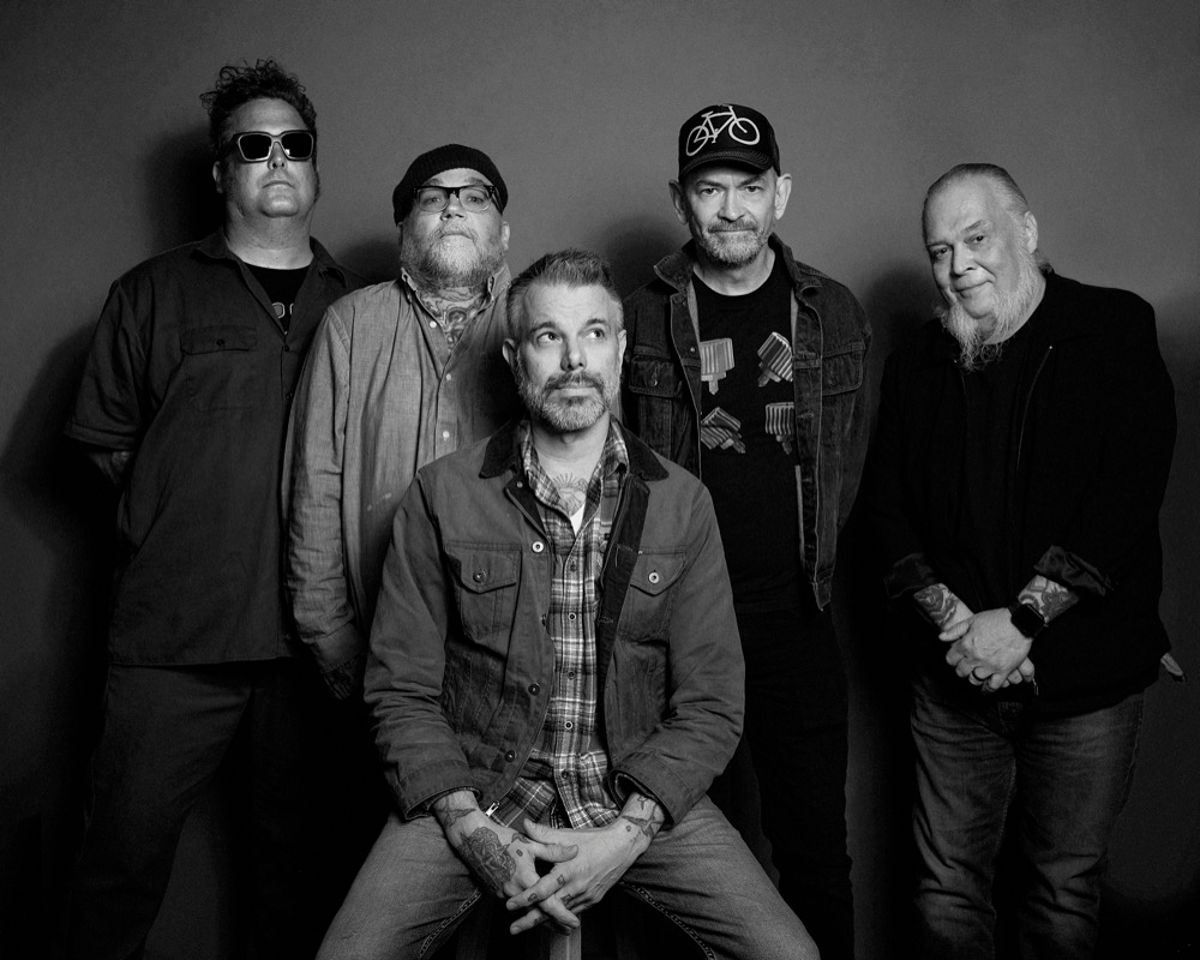 Like the great river that flows through Memphis, the music of Lucero keeps rolling on, twisting and turning through the years, the same dark and brooding steadiness always at work.

Since forming in late the ‘90s, this group of Memphis road-dogs has mixed heartfelt lyrics with the sounds of early rock and roll, classic punk, country-folk, and deep-fried Southern soul. It’s a sound that stands on the pillars of American music, born more of feeling than technique, delivered night after night to legions of fans in dive bars and theaters, and on stages as august as Red Rocks Amphitheater and the Ryman. In short, it’s music that is built to last, impervious to trends.

For their tenth studio album, When You Found Me, the band continues its natural evolution, this time tapping into a more atmospheric, widescreen vision (one that wouldn’t seem out of place on a Reagan-era FM dial) while still staying tethered to its roots.

“I wanted a very classic rock sound for this album,” says songwriter and frontman Ben Nichols. “I wanted it to sound like stuff I heard on the radio growing up. I didn’t want to make a retro record at all, but I did want to reference some of those sounds and tones and moods. I think we struck a nice balance between nostalgia and something that still sounds like contemporary Lucero.”

Long-time fans might be surprised to hear the ghostly tinge of a synthesizer on a Lucero record. But the new direction is not as far afield as one might think. Rick Steff, the band’s piano and organ man of ten years, collects vintage synthesizers, so this new sonic twist was a natural detour for him. With these flourishes, Steff helps conjure an aural world of classic tracks with a firm foot in the present. Nichols’s long-time fondness for film soundtracks likely contributed to the album’s feel as well. The band has also recorded music for every movie made by Ben’s brother, acclaimed filmmaker Jeff Nichols, whose credits include Mud, Midnight Special, and Shotgun Stories.

Lucero recorded When You Found Me over two weeks in July of 2020 at Sam Phillips Recording Studio in Memphis. Matt Ross-Spang, a long-time friend of the band who also produced 2018’s Among The Ghosts, signed on again as producer and engineer. “I don’t think he often records with a lot of synthesizers,” Nichols says, “but he’s a natural and was able to get all the sounds we wanted on the album while making sure we stayed true to ourselves.”

During the recording session, Lucero wore masks the entire time, quarantining among themselves and managing not to get sick. The band had not rehearsed since Covid-19 took root. As such, Nichols’ demos were more fleshed out this time around, complete with drum machine, synth, and fairly elaborate guitar parts, which gave the guys more of a playbook to go by when they entered the studio. “The band did an excellent job of taking those parts and making them their own,” Nichols says. Now a fairly stripped-down five-piece shorn of a horn section, Lucero — in addition to Nichols and Steff, the group comprises Brian Venable on guitar, John C. Stubblefield on bass, and Roy Berry on drums — has been able to explore new sonic avenues in its latest form, as the leaner version has opened up more space in the band’s sound.