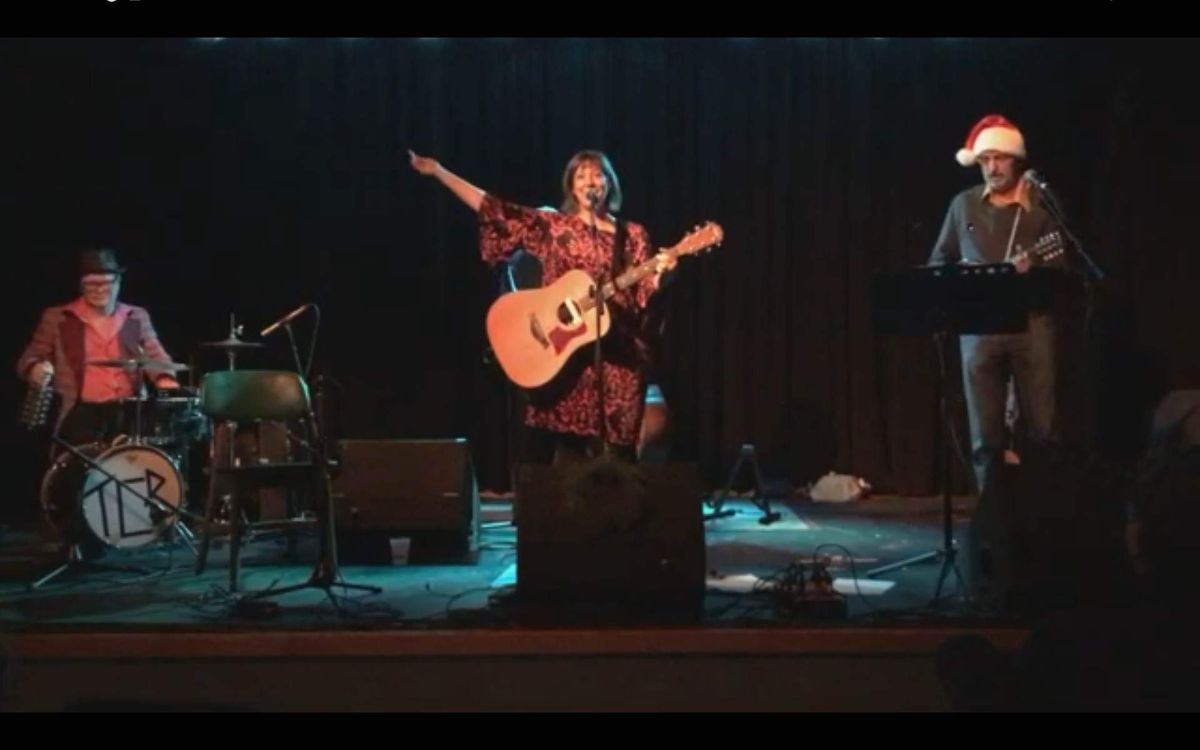 It was probably inevitable that Lynn Blakey would eventually make a Christmas album. Such records are a challenge, as everyone has heard most holiday songs their entire lives; it takes something special to make them worth hearing again, anew. Blakey has that something special — a crystal-clear voice that rings out like yuletide silver bells, sparkles like moonglow on freshly fallen snow, and warms the heart on a silent, holy night.

You might not have heard Blakey’s voice before. Or perhaps you have — in the Yep Roc Records trio Tres Chicas with Caitlin Cary and Tonya Lamm, or with her previous band Glory Fountain. Blakey has been making indie-pop music in the South since the 1980s, dating back to stints with Georgia group Oh-OK and North Carolina band Let’s Active; more recently, her backing vocals have turned up on records by the likes of Alejandro Escovedo and Chris Stamey.

Along the way, she stole a German. Christmas is is credited to “Lynn Blakey and the Stolen German” thanks to Ecki Heins, a musician Blakey met on tour in 2005; he eventually joined her in North Carolina, where they’ve lived and made music together for more than a decade now. Heins is a secret weapon here, adding whimsical fiddle licks on “Let It Snow” and stepping out with a glorious violin melody on the disc’s classical-oriented hidden track. He and Blakey serve up tag-team vocals on “Baby It’s Cold Outside,” bouncing conversation back and forth with harmony and humor. Joining the duo in the studio were bassist FJ Ventre and engineer Jerry Kee, who added percussion and pedal steel.

Most of Christmas consists of songs you’ll know, from traditional carols such as “Do You Hear What I Hear” to the World War II-inspired “I’ll Be Home For Christmas” to the chestnuts-roasting-on-an-open-fire sweetness of “The Christmas Song.” But there’s also a Blakey original here: “Love Finds (Allumette)” is more romantic ballad than holiday jingle, but its setting amid candles, garland and “the bones of winter waiting for the light” help it fit right into the seasonal theme.

I first heard Blakey sing upon relocating to North Carolina almost two decades ago and being knocked out by her high notes on a spectacular tune she wrote called “The Beauty of 23.” It became a love-song of sorts for my wife and me, and when we moved away many years later one December, Lynn was kind enough to sing my wife’s favorite Christmas song, “O Holy Night,” on an early winter’s eve in a remote roadside tavern. To have her singing it on record now is something we’ll treasure forevermore.