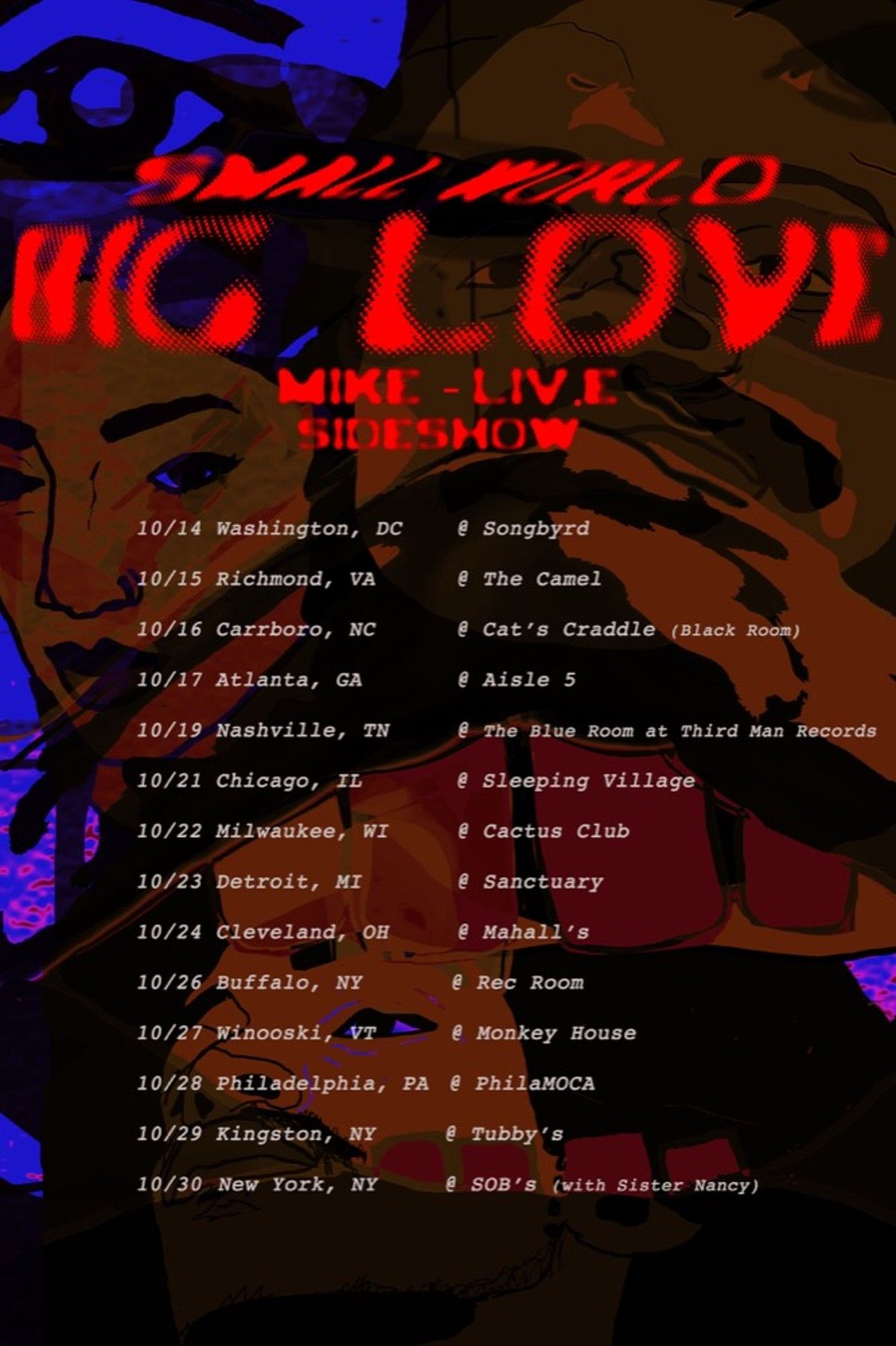 At twenty-two years old, MIKE’s age can be deceiving. He is an integral figure in birthing a new sound and style of hip hop that has gained wide influence since it first broke in underground circles in 2017, and MIKE’s music itself carries the insight, pain, and fatigue that often comes with age and long life lived.

Born in New Jersey, MIKE moved to London with his mother before settling in The Bronx for the remainder of his later teenage years. Both regions have had an audible influence on the young rapper’s music – in England he was immersed in grime and the music of King Krule, and in the United States he was turned on to Earl Sweatshirt and MF DOOM. In New York, MIKE connected with several artists who had a similar ear and style, and formed a collective called [sLUms]. Consisting of Adé Hakim, Darryl Johnson, King Carter, Jazz Jodi, and DJ Mason, the group established a unique sound that created waves throughout underground hip hop circles across the country.

In 2017 MIKE released his mixtape May God Bless Your Hustle. The project perfectly captured a singular moment in a city where the only constant is change. With features from Standing on the Corner, Wiki, Mal Devisa, and more, as well as production from Ade Hakim, Tony Seltzer, and Austin Williamson of Onyx Collective, May God Bless Your Hustle was a snapshot of the sound of underground New York rap in 2017. It received a Best New Music review from Pitchfork as MIKE started to gain international attention outside of New York City.

At the end of 2018 MIKE released his album War In My Pen independently, and followed it up in mid 2019 with Tears of Joy, his second album to be selected for Pitchfork’s Best New Music. He released his most recent album, Weight of the World, in 2020. Nearly entirely self-produced, and only containing features from Jadasea and Earl Sweatshirt, it’s one of MIKE’s most introspective and sonically diverse releases to date. MIKE has opened tours for Blood Orange and Earl Sweatshirt, and performed at festivals such as MoMA PS1 Warm Up, Pitchfork Festival, and Capitol Hill Block Party.

Over the past year MIKE immersed himself in electronic and house music, listening to artists such as Steve Spacek and Park Hye Jin. He released two largely instrumental projects partially inspired by these new influences: BLP2020 “King of the Night” and BLP2021 “for ur own good.”

Liv.e, pronounced “Liv,” is a 23 year old producer and singer/songwriter who mixes facets of R&B, jazz, soul, and hip hop to create a sound that is wholly her own. Coupling her hypnotic voice and unique writing over hazy loops and sun soaked production, Liv.e makes songs that are both eclectic and timeless without sounding dated. While it’s difficult to label Liv.e’s music under one genre or scene, it is born out of production based on samples pulled from vinyl in Dallas record shops, southern rap, and her upbringing in Dallas with local DIY label Dolfin Records.

Liv.e started to garner attention with her 2017 project FRANK and 2018 project Hoopdreams, which lead to her supporting Earl Sweatshirt on the 2019 Fire It Up Tour alongside BbyMutha, MIKE, and Na-Kel Smith