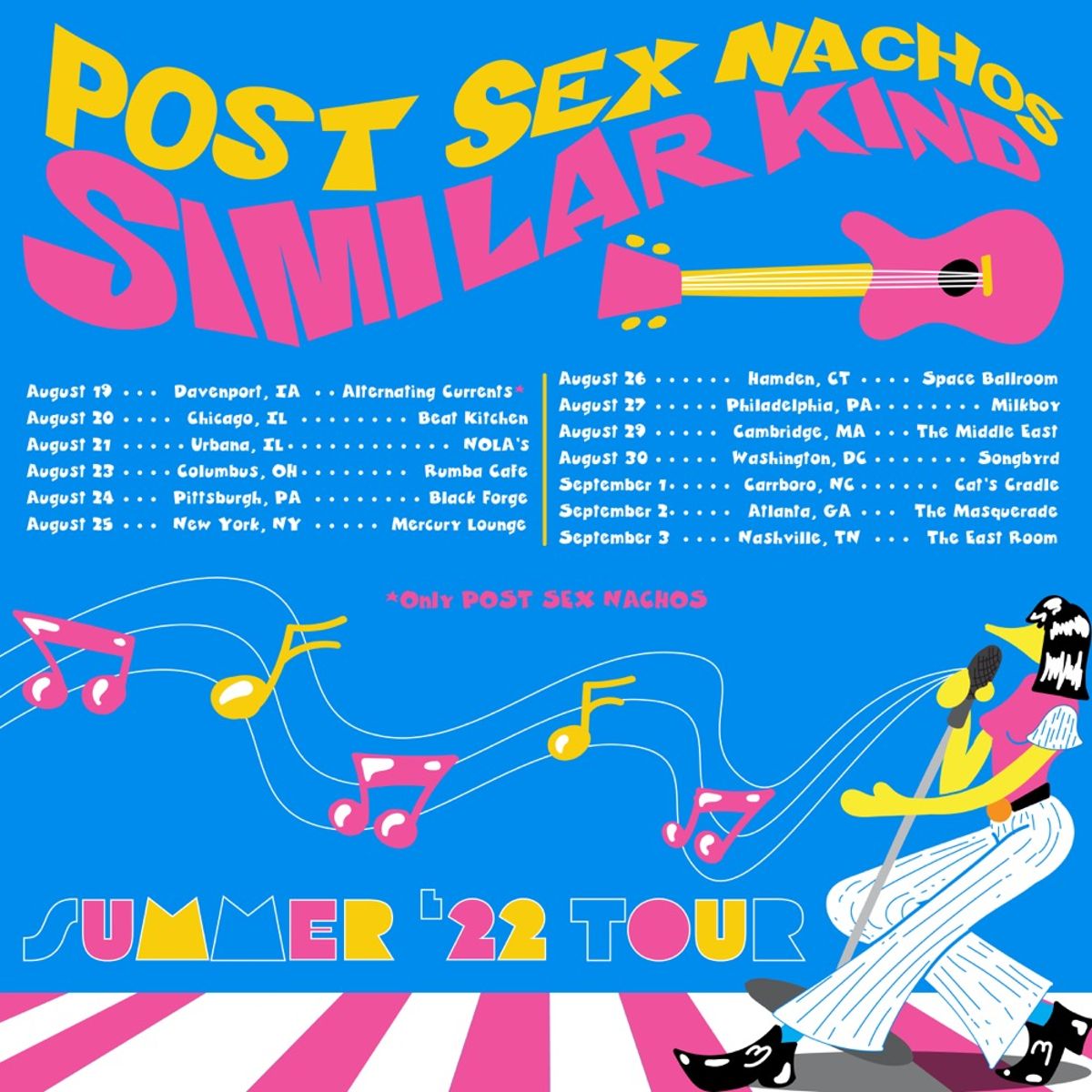 Similar Kind is an indie pop band from Norwalk, CT. It originated as just a few friends jamming in a garage and has blossomed into a five piece band playing shows all over the US. Similar Kind has played with acts such as Sunflower Bean, Bad Bad Hats, Hot Flash Heat Wave, No Vacation & more. The band is currently working on a follow up EP to their debut “Faces & Places” a project chock-full of indie pop, reminiscent of The Cure and Talking Heads, described as “dance-ready synth-pop. equal parts R&B, pop, and indie rock, the EP is a highly-polished, thoroughly-confident release.”

The band has a pair of new singles “I Don’t Wanna Fight Anymore” and “ There She Was” their latest releases.

From the depths of the Midwest alternative scene arises a soulful and passionate quintet, ready to bend genres and produce tunes that will make you jump, shake, and move: Post Sex Nachos.

Charging into battle for the love of rock n’ roll, this roller-coaster collective and their irreplaceable sound has shown audiences young and old, from coast to coast, the power of one thing: their music. Breathing new life into genres across the spectrum – from jazz, pop, indie rock, and straight up funk – Post Sex Nachos is here to redefine the term “boyband” forever.

With the release of their first two self-produced albums, four original music videos, and the recent release of their third full-length LP, the band continues to pursue one thing: the groove. Collaborating with artists, producers, musicians, and filmmakers locally and globally, Post Sex Nachos continues to reimagine the scope of their music. Where most find a wall, they find a door, in a get-me-a-sledge-hammer kind of way.

Who is Post Sex Nachos? We’re glad you asked.