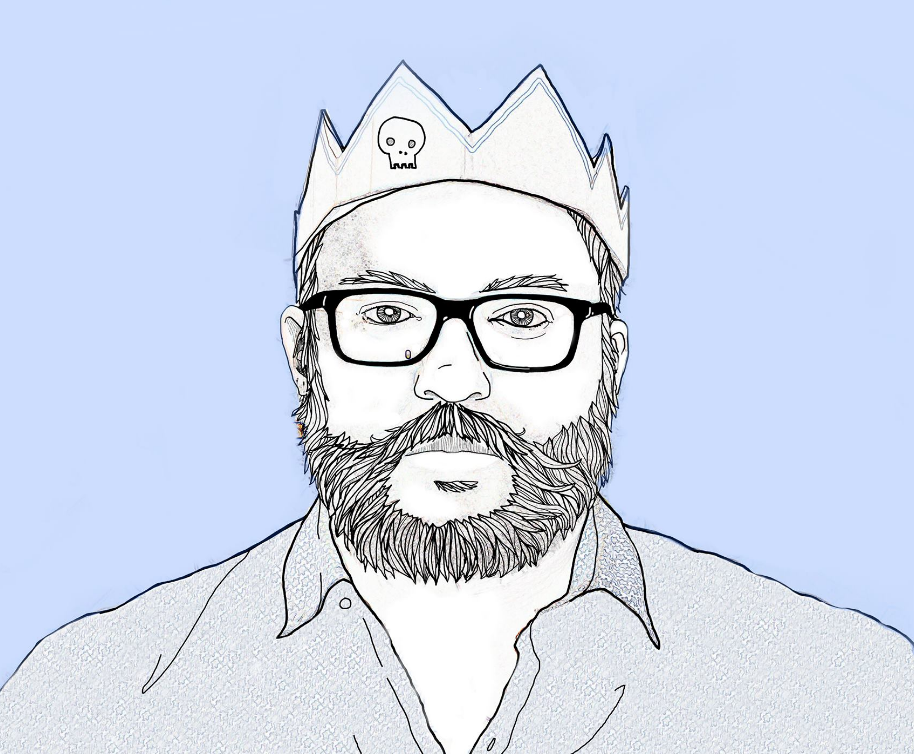 “Hello, Hope, it’s been a while,” go the opening lines of “Dead Ends”, the centerpiece of Ben Cooper’s latest EP as Radical Face. Over the eight years he put into the three-part The Family Tree series — The Roots (2011), The Branches (2013), and The Leaves (2016) — he’d grasped onto ideas and perceptions that left him hopelessly drained, creatively and emotionally. Speaking with a professional finally enabled him to let go, something he’s honored by naming his new effort Therapy.

With The Family Tree, Cooper sought to confront his difficult upbringing in Florida by forming a fictional genealogy paired with stirring folk arrangements. Intense family drama near the end of the process pushed The Leaves to take on a far more personal tone, as Cooper felt “dishonest… putting it into a separate avatar.” That only made the songs increasingly more difficult to perform, however, which coupled with the artistic exhaustion of pairing music with his grand concept made him pine for palliation.

In an attempt to test himself and move on from the compositional confines of that trilogy, Cooper undertook a number of different projects. There was his Missing Film instrumental album, a score he released for filmmakers to use for free, and his Covers, Vol. 1 EP, in which he only sang songs by female artists. Adding to the challenge was his relocation to California; moving away from his studio in Florida forced him to relearn how to record in an apartment with minimal tools.

But Cooper as says, “If you wait for ideal conditions, you’ll never get anything done.” Singing the songs of Lana Del Rey and Cyndi Lauper reconnected him to traditional structures, while watching the Boom Boom Room performances on Twin Peaks: The Return and revisiting Talking Heads inspired him to seek richer, vaster orchestrations. His desire to leave the acoustic leanings of his past works behind and return to verse-chorus framework became the drive for the sonic shifts on Therapy.

This time, he focused on creating the production first and “letting the content work itself back in.” The Family Tree had been the opposite, a template that had grown to stifle his songwriting. Of course, it was finding that lyrical content that became the struggle — until therapy gutted him.

Weekly sessions helped him realize the portrait he’d created in The Family Tree was masking the hard truth: “There’s no real positive there,” as Cooper puts it. While he’s proud of the work he did on the trilogy, he looks at it differently now that it’s in the rearview. “I don’t regret it, but it wasn’t what I thought. I thought I was telling a different story, immortalizing the strange into something beneficial rather than just dysfunction.”