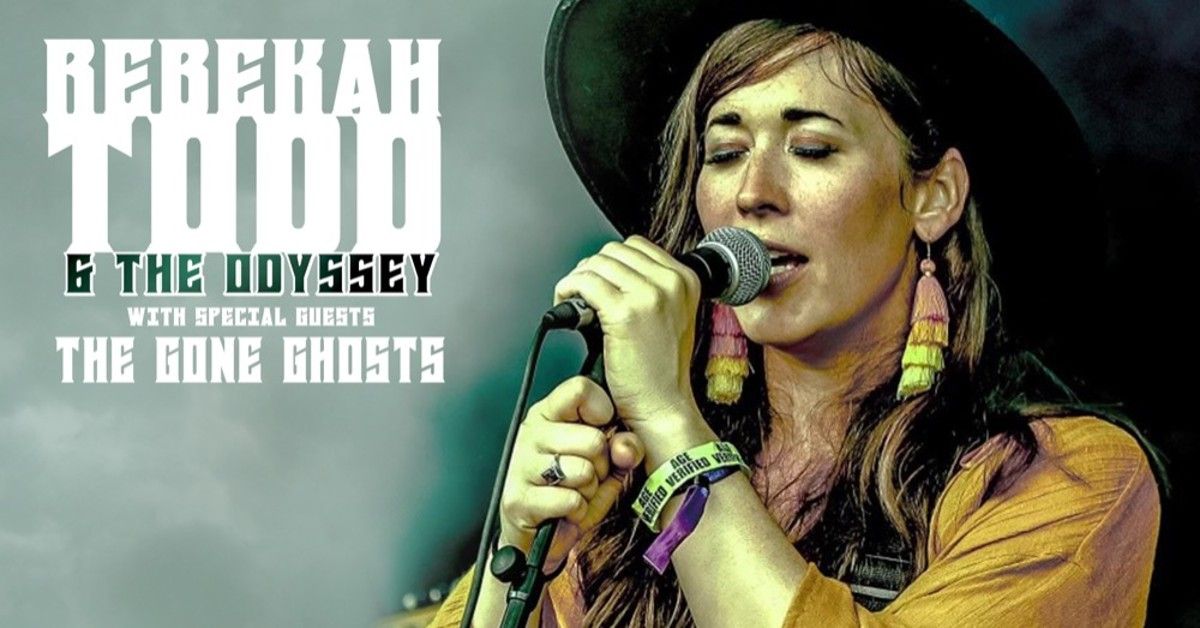 Growing up in the small town of Benson, North Carolina, Rebekah Todd has been surrounded by music for as long as she can remember. At 11 years old, Rebekah’s father, a musician himself, gave her a black acoustic Washburn guitar and taught her to play. Flooding the house with sounds of classic rock and folk, her father played everything from Pink Floyd to the Righteous Brothers, leading Rebekah to instantly find her musical niche somewhere between melodic soul and alternative folk rock. Growing into her soulful voice and and musical style, the singer-songwriter started to pull inspiration from a wide range of musical genres, citing passionate singer/songwriters like Lauryn Hill and Susan Tedeschi as her inspiration and shaping the music she writes and performs today. After receiving her bachelor’s degree in Fine Arts from East Carolina University in 2012, Rebekah has been devoting her life to writing and touring. Currently based in Wilmington, North Carolina, Rebekah is a gifted performer with a natural, soulful, and effortless voice and two releases under her belt, releasing her debut EP, Forget Me Not, in 2011, first LP, Roots Bury Deep, in 2014 and most recent full length, ‘Crooked Lines’ in February, 2017.  Todd has received countless awards and recognition including 2013 Carolina Music Awards “Best Female Musician”, 2016 winner of Floyd Fest “On The Rise” Competition, 2017 Wilma Magazine’s Woman to Watch, 2018 Encore Magazine’s “Best Female Musician” and much more.

Todd is currently writing a new album set to be released and toured with her full band, Rebekah Todd & The Odyssey in 2022.

Dave started his music career fronting East Coast college favorite, Puddleduck from 1993 to 2000 before vanishing from the music scene for almost a decade.

In 2008, while moving to Carrboro, Dave had a chance encounter with Jason Isbell, who he credits as his inspiration to re-engage with creating music. “I was moving from South Florida to Carrboro and stopped in Charleston to catch one of his shows at the Pour House,” he recalls.  “After the show, I walked up to him and struck up a conversation. At one point I said, ‘I used to be a musician.’ He looked me in the eyes and said, ‘You still are.’”

It was a pivotal moment. Dave found his spirit renewed. And another decade later, he’s bringing to life the lyrics that have haunted his subconscious.

Dave hasn’t spent the intervening ten years laying low. Shortly after his move, he formed The Vagabond Union, based in Charleston, SC, with his long time friend John Kenney. They’ve released two albums with the band.

Still, Dave felt he needed to give voice to deeply personal lyrics that didn’t seem right for The Vagabond Union’s mostly rock sound. So in the Spring of 2018, Dave formed The Gone Ghosts to lean more toward Americana and alt country sound that he holds dear. The Gone Ghosts set out to create their version of American rock music with songs fueled by love, loss and heartache.