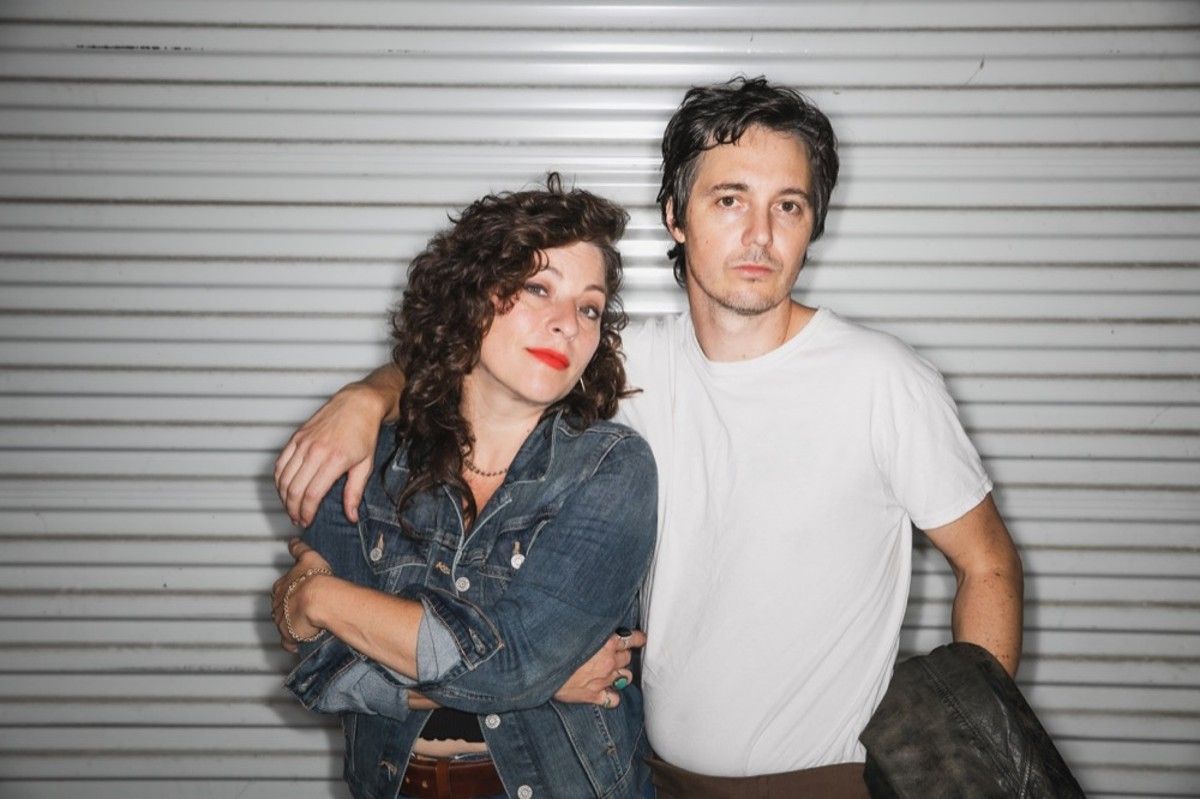 As the Brontë sister wrote, “The ties that bind us to life are tougher than you imagine.” Shovels & Rope, the musical duo of Michael Trent and Cary Ann Hearst, embody that bond. Married for a decade, their covenant extends to blood and beyond: as parents, bandmates, and creative collaborators who can now add the pursuits of festival curators, film subjects, and children’s book authors to that mighty list. Having released four studio albums and two collaborative projects (Busted Jukebox, Vol. 1 & 2) since 2008, Trent and Hearst have built their reputation on skill, sweat, and, yes, blood. Now, with the tough and elegant new record By Blood, as well as their High Water Festival in their hometown of Charleston, South Carolina, “Shovels & Rope: The Movie”, and the picture book “C’mon Utah!”, Shovels & Rope are primed for their biggest year yet.

Accomplished musicians in their own right prior to dedicating themselves full time to Shovels & Rope in 2011, Trent and Hearst have made a career together by seizing opportunities and never resting on their laurels or being complacent in doing something just because. Carving out a niche in the music world with strong, roots/indie/folk/rock-inspired efforts like 2012’s O’ Be Joyful, 2014’s Swimmin’ Time, and 2016’s inward-looking Little Seeds, as well as their powerful live show, far-reaching tours, and myriad TV and festival appearances, Shovels & Rope have earned the right to follow their own muse. And so, in an effort to satisfy their numerous creative interests and adapt to a changing industry, Trent and Hearst have firmly planted their flag in realms beyond recording and releasing albums.

The third annual High Water Festival curated by the band will be held over a weekend in April and will bring 10,000 fans to a park in North Charleston to witness a lineup of artists comparable to some of the best in the country—including Leon Bridges, The Head & The Heart, Lord Huron, Jenny Lewis, Mitski, and Shovels & Rope themselves. High Water benefits select organizations and water conservation charities in Charleston and aims to avoid the feeling of corporate inundation and discomfort that plagues many big-name music events. Trent and Hearst work with production companies and agencies to book acts, then serve as on-site hosts in addition to performing throughout the weekend.

“Shovels & Rope: The Movie” is a performance film that has been expanded into feature-length with an external narrative weaving through and connecting the live performances. Directed by their frequent visual collaborator, Curtis Millard, the ‘live show’ portion of the filming took place over two nights at The Orange Peel in Asheville, North Carolina, during the tour for Little Seeds. The rest of the film was shot in various locations in and around the Southeast. The result can be described as a David Lynch meets John Hughes (a fun, silly, and tongue-in-cheek film for fans to enjoy that also represents the band at the peak of their live power.)

The children’s book, “C’mon Utah!”, sets the lyrics from the new song of the same name to illustrations by the artist Julio Cotto. It is an inspirational story, set in the future aftermath of the building and subsequent destruction of the southern border wall. The separated and displaced families are figuring out how to start to put the pieces back together. Communities form to organize and support each other.