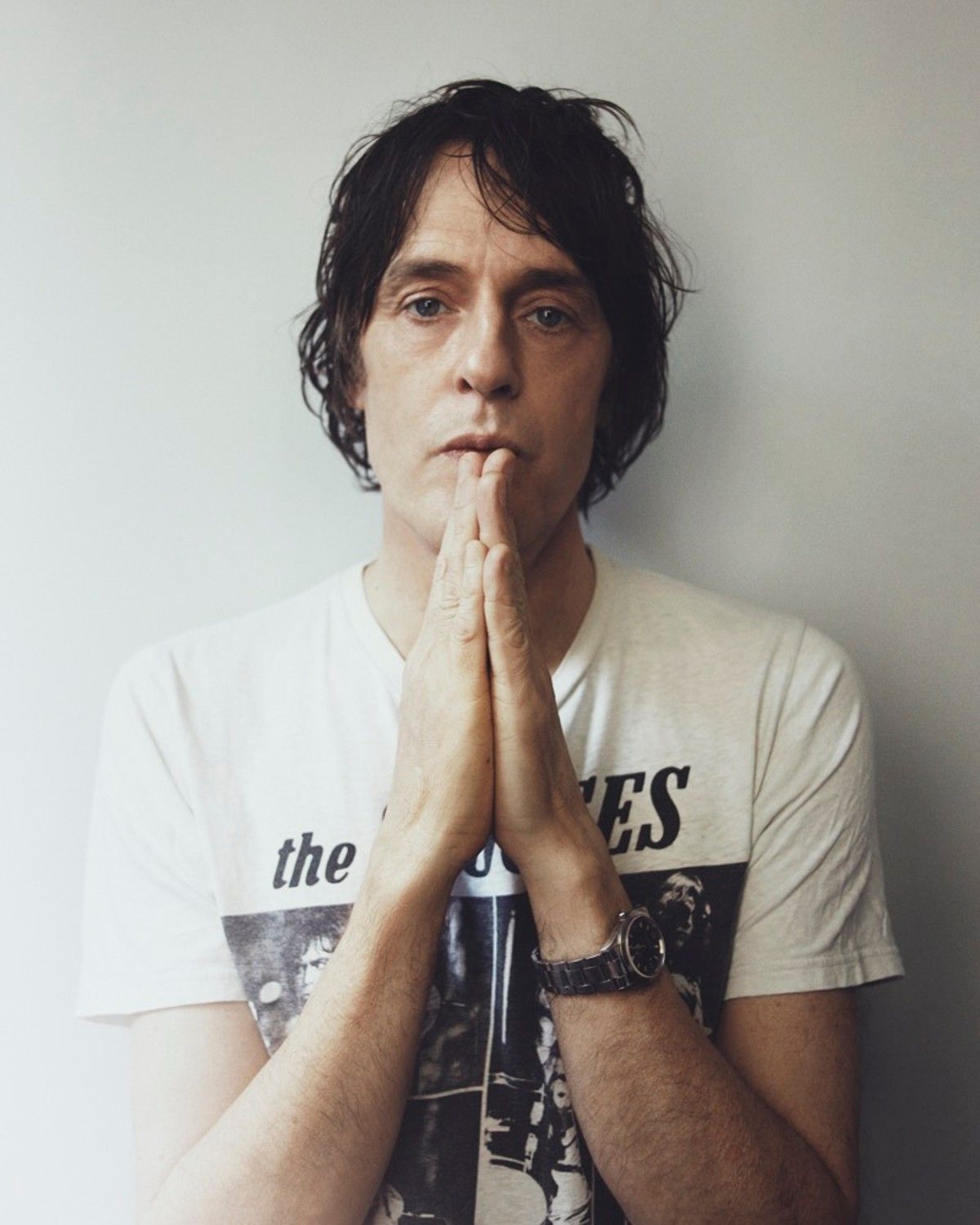 SPIRITUALIZED
EVERYTHING WAS BEAUTIFUL

While some people imploded in the lockdowns and isolation of the epidemic, others were thriving.

“I felt like I’d been in training for this my whole life” said J Spaceman in a text conversation last June or so.

He was referring to his fondness of isolation and when you reframe loneliness as “beautiful solitude” then it isn’t so bad.

He would walk through an empty “Roman London” where “even the sirens had stopped singing” and where the world was “full of birdsong and strangeness and no con-trails.”

He used the birdsong walks to listen and try and make sense of all the music playing in his head. The mixers and mixes of his new record, a ninth studio album, weren’t working out yet.

Spaceman plays 16 different instruments on Everything Was Beautiful which was put down at 11 different studios, as well as at his home. Also he employed, more than 30 musicians and singers including his daughter Poppy, long-time collaborator and friend John Coxon, string and brass sections, choirs and finger bells and chimes from the Whitechapel Bell Foundry. So, there’s a lot going on.

“There was so much information on it that the slightest move would unbalance it, but going around in circles is important to me. Not like you’re spiraling out of control but you’re going around and around and on each revolution you hold onto the good each time. Sure, you get mistakes as well, but you hold on to some of those too and that’s how you kind of… achieve. Well, you get there.”

Eventually the mixes got there and Everything Was Beautiful was achieved.

The result is some of the most “live” sounding recordings that Spiritualized have released since the Live At The Albert Hall record of 1998, around the time of Ladies & Gentlemen, We Are Floating In Space.

The opening track “Always Together With You” is a reworking / supercharging of a track originally released in demo quality in 2014. This new version is a perfect Spiritualized song; a breathtaking, hard edged, psychedelic pop tune where themes of high romance and space travel collide. In one of the most sublime refrains of the band’s career, the backing singers call out “if you gotta lonely heart too”.

And don’t we all? Sometimes?

On “Best Thing You Never Had”, we meet characters who blew their mind but “never had a mind to blow” over backing instrumentation that sounds like a New Orleans funeral procession band who’ve been drinking thinners all night. It’s possible this Stones at Exile-era stomp is auto-biographical, but maybe not. It’s hard to remember.

“Let It Bleed (For Iggy)’’ is heavy eye-lids and the romantic intricacies of emotional intimacies, a honeyed song that careers into choir-fueled intensity. A country number “Crazy” is even sweeter, a lorazepam Tammy Wynette ballad with backing vocals by Nikki Lane.

Spaceman: “When we were mixing, I relied a little bit on what I knew of Ladies And Gentlemen…, that if you start throwing mixes together, it stops sounding like what you already know from the past.