as they perform all of Flood 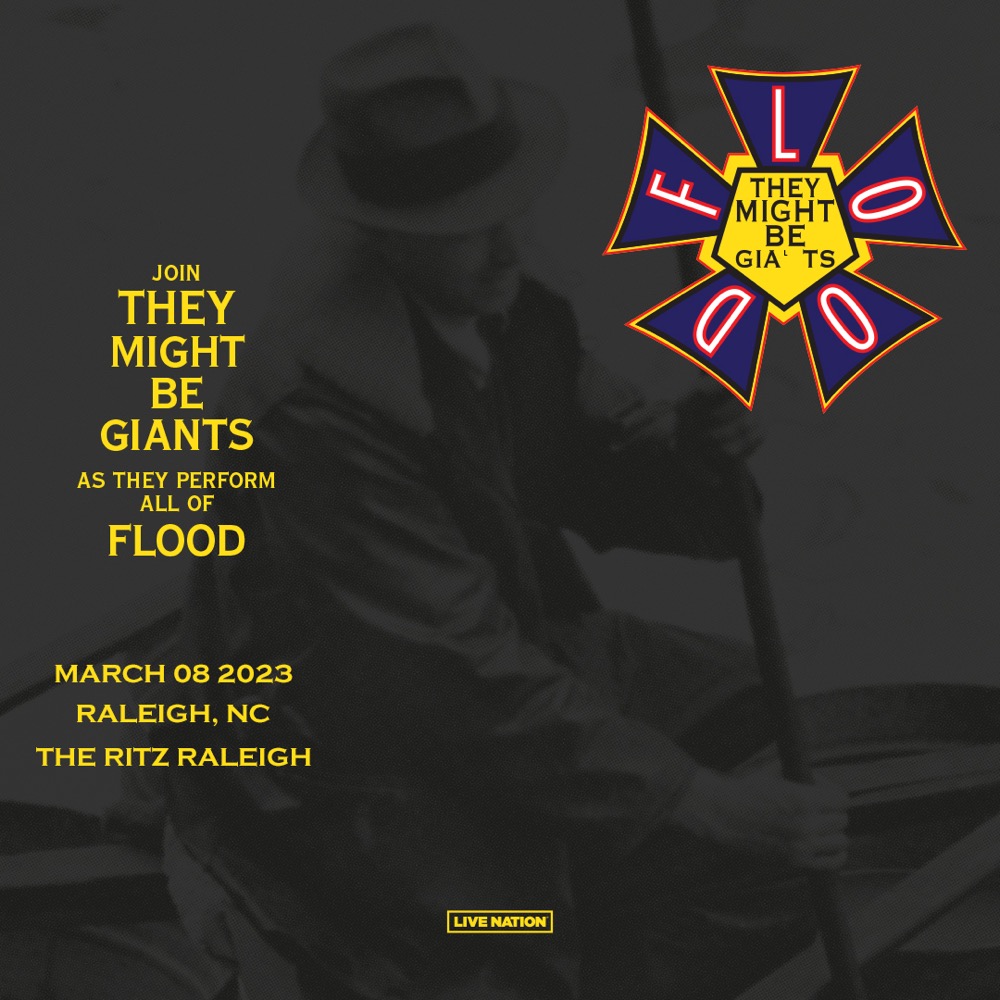 With 50+ sold-out shows so far in this US tour and by overwhelming demand, They Might Be Giants is extending this most popular “Evening with” performance of their breakthrough album Flood in its entirety. How will Flood be presented? Hard to say, as the show evolves every night, but needless to say, this is a once-in-a-lifetime tour.

TMBG will play two full sets that span the band’s entire career from early favorites to brand new favorites from their current album BOOK, as well as the spontaneous and improvised moments that have made They Might Be Giants shows legendary. Joined by their incomparable live band, now featuring the show-stopping Tricerachops Horns, this is an evening guaranteed to delight the most dedicated TMBG fan as well as brand-new participants.

No opener! They Might Be Giants’ performance starts approximately one hour after doors open.

A band doesn’t tour for 35 years if the people don’t come back for more. Brooklyn originals They Might Be Giants is a beloved perpetual motion machine. The band’s melodic, upbeat, energetic, spontaneous, and often virtuosic show delivers in a way most live acts can’t. As they enter their fourth decade of music-making, the band continues to burnish their legendary status by actively recording their original songs and touring internationally. They’ve made over 20 albums, sold more than a few million, and won a couple of Grammys.