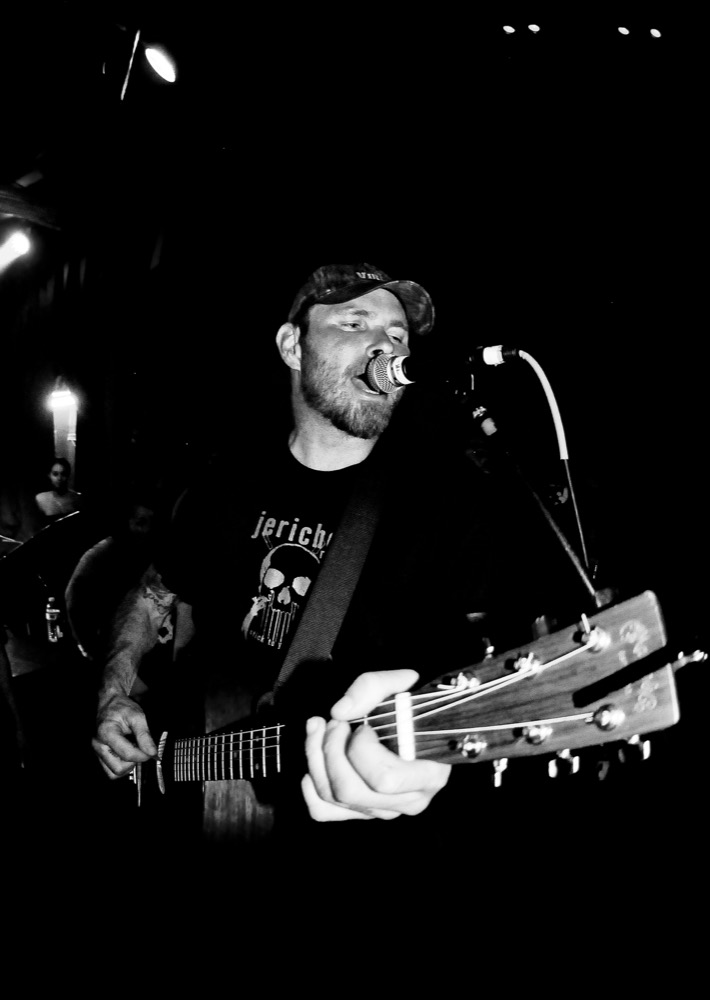 The first time one of his friend’s fathers saw singer/songwriter Tim Barry perform, he summed up his thoughts with a Yogi Berra-worthy declaration: “You’re old-timey in a modern way.”

That’s a near perfect description for the artist who sums up his latest solo release, Lost & Rootless in a single word: WOODEN. “That’s the feel that I was going for when I picked the songs,” says Barry. “There’s violin, voice, a wooden resonator guitar…there’s a very subtle electric bass on one track, but otherwise I wanted to do a wooden record.”

To create that stripped-down, earthy sound, Barry (along with sometime accompanists Josh Small and sister Caitlin Hunt) selected an equally wooden venue: his own shed, mic’d up and MacGyvered with blankets, bits of carpet, and pallets for soundproofing. This gave Tim an opportunity musicians are rarely afforded: the ability to record any moment that inspiration struck, without racing the clock or pulling out the wallet. “It’s not always relaxing in the studio unless you have so much loot you don’t care how much time you spend in there. To be able to go into my shivering cold shed and play music whenever it hit me was pretty awesome,” he says.

Opening Lost & Rootless with the forlorn “No News From The North” (drawn from 2005’s solo debut Laurel Street Demos, one of which he has re-recorded for each subsequent release), Barry then unspools twelve more songs toggling between spare soliloquies and toe-tappers, telling tales of sadness and of celebration, and portraying the narrator as both partier and poet.

With a cohesive musical feel, a vivid cast of characters, and not one but two mentions of his own daughter Lela Jane, one might think there’s a larger tale being told here. Don’t spend too much time trying to tie it all together, though: “I’m not bright enough to make a concept record!” Tim exclaims. “Going all the way back to the early days of my music, I just write what’s around me, what I feel, who I know.”

The album is thick with examples of that that autobiographical (and auto-geographical) writing style, featuring references to Richmond’s Laurel Street, its Manchester neighborhood, and the James River (each also calling back to Barry’s past recordings). His surroundings also set the scene for one of the album’s story song highlights: “Solid Gone,” about one family’s fight to survive outside the confines of the law. Tim notes that the subject matter reads a bit like a country music stereotype, “But that’s what it’s about: drugs, guns and family. I’m not sure the average fan of Willie Nelson would like it, but it’s what happens in the state of Virginia.”

The one song on the album that’s not drawn from Barry’s background or environment is a reverent cover of “Clay Pigeons” by the late Austin musician Blaze Foley (the subject of the Lucinda Williams song “Drunken Angel”). Originally turned on to the song via a mixtape from a friend, Tim quickly became obsessed. “It was just TOO GOOD,” he stresses. Seeing that the song only had a paltry number of YouTube views, “I started asking everyone I knew if they knew the song. Only two people out of maybe twenty did, so I said, “F*** that, I’m recording this!”

Of course, the challenges of making an album don’t end with the recording: figuring out the best order for the songs is another chore entirely. In keeping with his old-school approach to creating the music, Tim took to a slightly vintage sequencing method. “My favorite part of the entire recording project is using cassette to sequence the album,” he says. “I really believe in listening beginning to end, and it forces me to listen all the way through. Then if I want to change it, I’ve got to sit down with the CD and hit play and record and do it all over again.”