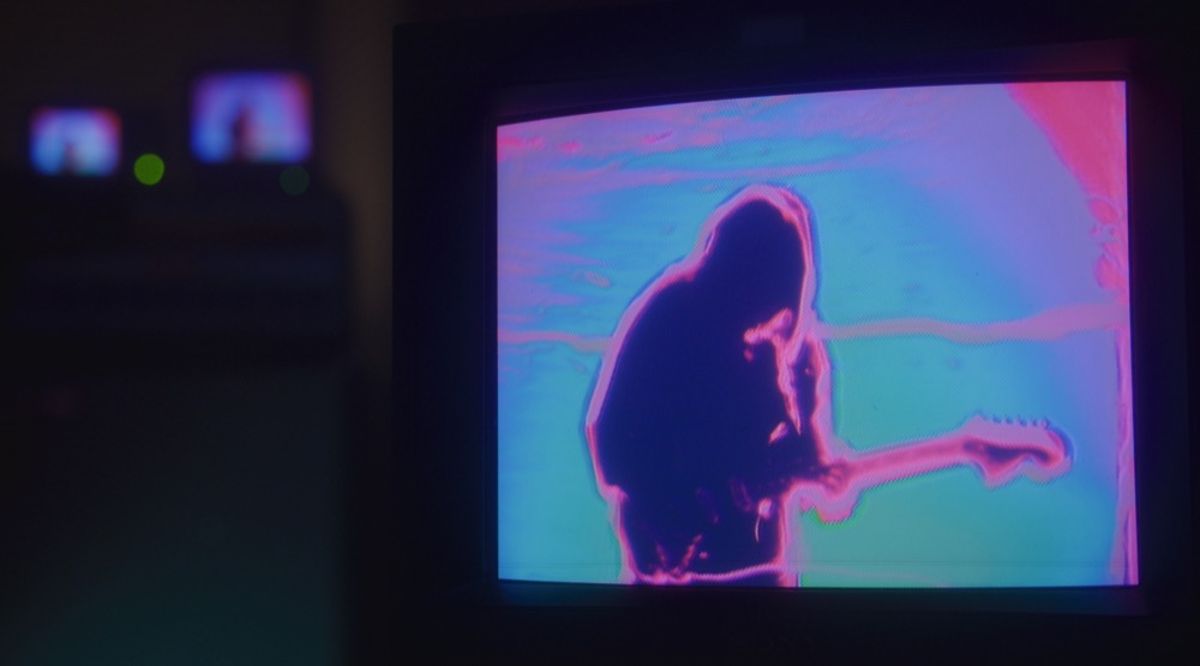 The Mask of Warka is a representation of a human face carved from marble more than 5000 years ago. The Sumerian artifact is as mysterious as it is beautiful. Androgynous and expressionless but strangely alive, it looks like it could tell us so much about the past it comes from, even about ourselves, but it does not speak.
Warka, the musical collective helmed by singer-songwriter Jesse Ainslie packs a similar collection of enigmas. With the help of drummer Brad Porter (Brett Harris, The Auxiliary) and bassist Spencer Lee (MAKE, Protozoa), Ainslie is seeking a new beginning for an old mystery. Warka’s debut single, “I’m In Love Again” pulses with electronic beats and synthesizers, but is audibly informed by American roots music.

As the former guitarist for Phosphorescent and Castanets, Ainslie is well versed in the world of Americana, but after releasing a solo album under his own name he began to find the notions that constructed the genre confining, even problematic. “I was thinking about the word Americana and thinking about how, as a genre, it has a race problem. It presupposes white heritage. Part of me wanted to make something that touched those narrative traditions but broke open some of the associated tropes, and requirements,” Ainslie reflects. “I started thinking about Tina Turner and the electronic aspects of her ’80s records. I was listening to Sade and Kendrick Lamar, and the original score to the ’80s Blade Runner.

“Eerie…” “Hypnotic…” “It feels like the soundtrack to a dream…” Overture, the debut offering from The Auxiliary, elicits a very particular response from listeners. This opening salvo from Carrboro NC based musician Russell Howard is a reference point, a stage setting revealing the culmination of a long, quiet journey from acoustic songwriter pop to electrified art rock. Based in personal yet universal experience and conversations never had, The Auxiliary explores the idea of merging the opposing parts of ourselves into something new. Take the opening and closing songs from The Auxiliary’s debut EP (March 2023 via BadK.id), Overture and Overture (Acoustic). While ostensibly two versions of the same song, they function as a conversation across the chasm of interpersonal experience. Where Overture sounds like a transmission from another plane, Overture (Acoustic) is the ensuing conversation upon arrival. And while the Overture EP is something of an artistic arrival for Russell Howard, with the addition of Jared McEntire on bass, Ross Gruet on guitar, and Brad Porter on drums, Overture has become a departure point, a coordinate that marks the genesis of a new journey.

Uno Dose (aka Shane Hartman) specializes in all vinyl sets that span a wide range of vibes pulled from 30+ years of crate digging and informed by a lifelong passion for all types of music. Leaning heavy into classic Jamaican music (ska/rocksteady/reggae), funk and soul, and anything that will get the body moving, he’s garnered a reputation for assembling crowd-favorite sets that feature soul, pop, and rock songs reimagined in a reggae style – familiar sing-along favorites turned inside out!