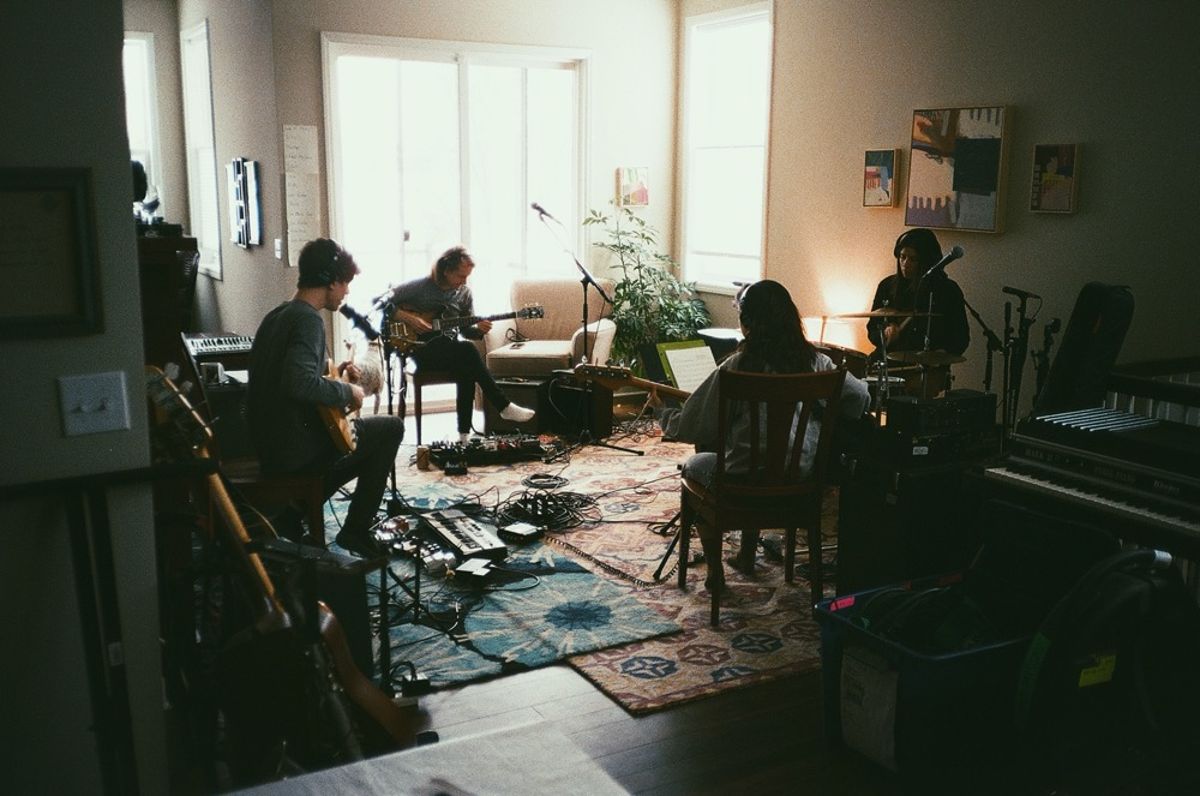 Soft is the gorgeous new LP from Yellow Ostrich. It takes its name from the lyric that stands as a thesis for the entire album, a beautiful and haunting rumination on the pitfalls and pressures of traditional masculinity and on band founder Alex Schaaf’s drive toward vulnerability and tenderness as core tenets of his being.

The album’s ten tracks represent the first new music in seven years to be released by Schaaf under the Yellow Ostrich moniker, since he paused the project to explore new musical identities on a handful of excellent self-released albums (from which much of the best music is included on the stellar compilation Like A Bird: An Alex Schaaf Anthology 2010-20211).

Identities – whether externally-defined or those we manufacture for ourselves – are central preoccupations for Schaaf, who elegantly examines desire, the search for connection, and the sometimes-blurry boundaries between platonic and romantic closeness and distance. He meditates on the emotional aches and physical bruises that we all carry and long to heal, and tries to find ways to communicate things that are hard to say to ourselves and to those closest to us.

He notes, “When you’re translating an experience into a song, it can sometimes get at something more accurate and universal than trying to express that feeling in a face-to-face conversation… at least for introverts like me.”

Born and raised in small-town Wisconsin and recently returned to his midwestern roots in Minneapolis after a half-decade in New York City and on the road, Schaaf’s path has led to both clarity of purpose as a writer and musician, and to the acceptance that there will always be truths between people and within

ourselves that lie just out of reach. Prodding the structures that he and we have grown comfortable with, he worries that he’s actually shackled by them, and wonders why freeing himself can be difficult. Whereas he used to focus on romanticized heartbreak and conflict to fuel his more personal songs, now he wants to put an end to our obsessions with the conventional emotional trappings of masculinity, friendship, and love and writes about trying to be better – both to himself and to others.

Binary ideas of attraction and sexuality are frequent thematic targets, embodied in ambiguous relationships like those with the subjects of lead single “Julia” or the warm manifestos “Timothy” and “John,” and in the blunt analysis of desire in “Birds.” And on album closer “Too Much Love,” he celebrates the presence of internalized emotional extremes while also lamenting the habitual urge to suppress them: “Warm blood spills / from my eyes / ‘cause I’ve got love / too much love to hide.”