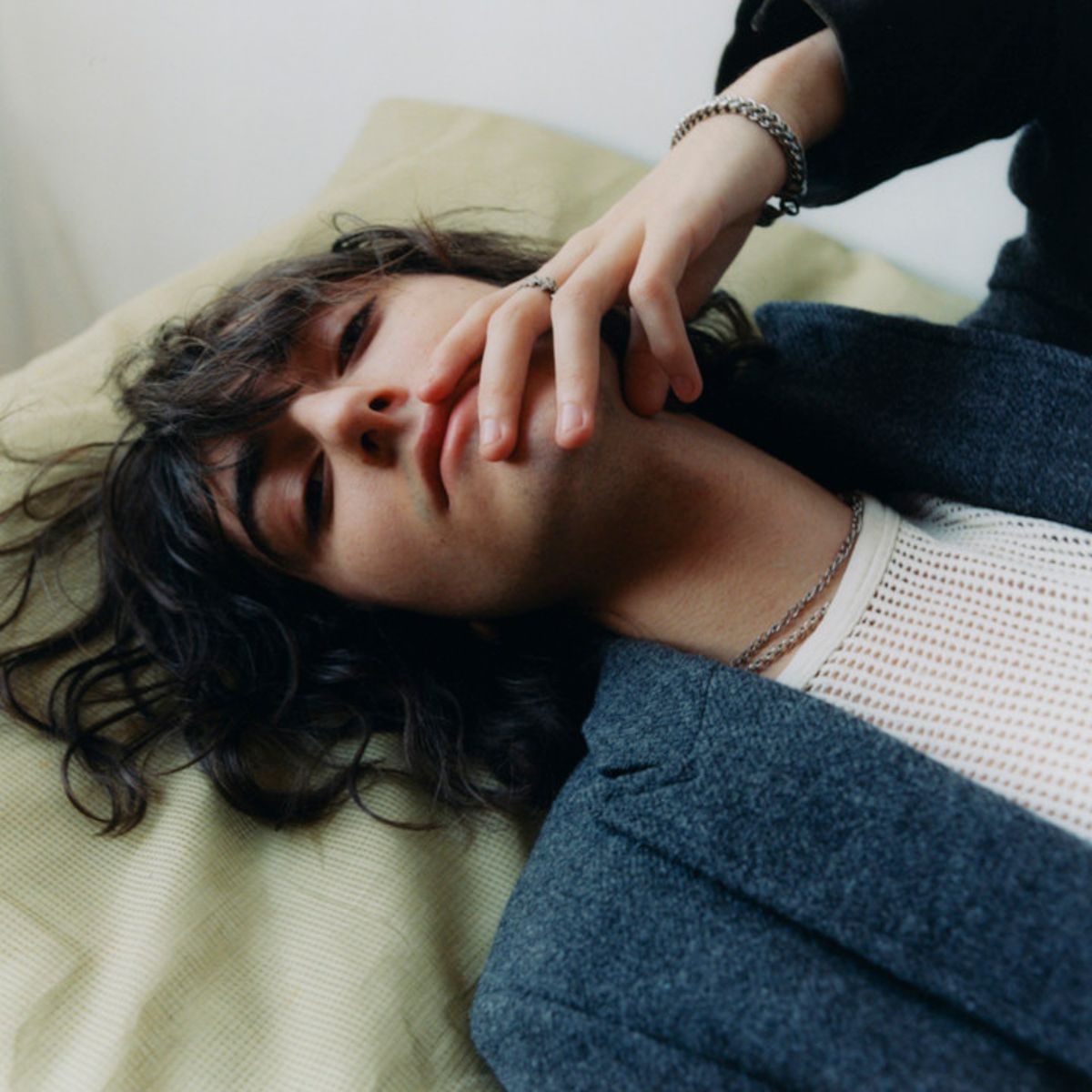 When an artist like Alden Robinson, aka aldn, emerges from the void, it’s imperative to follow their lead. While growing up in the urban jungle of Reston, Virginia, he was exposed to the work of The Smiths, Radiohead, Skrillex, and deadmau5 through his brother and father. At the age of 11, he taught himself how to use an Ableton launchpad and imitate lo-fi beats. From there, he began making lo-fi and rap beats for friends in high school, preferring to be in the background until his prepubescent vocals dropped. Ever since, he’s been writing, producing, and performing his own music, but never anticipated it turning into a full-time job.

It was only in 2020 that aldn began releasing his songs to SoundCloud while quarantining with friends in Richmond at Virginia Commonwealth University. As the whole world transitioned to a virtual existence, he turned to Discord for a sense of community which is where his breakout hit “glittr” gained massive traction — the remastered version now racks up over three million plays on Spotify. In 2021, he dropped the greenhouse EP which saw collaborations with glaive (“what was the last thing u said”), midwxst (“happy ever after”) and renforshort (“dog eat dog”). But for his major label debut, aldn switches gears in favor of being even more experimental in a lane of his own.

On the forthcoming predictable EP, aldn captures the angst of being a young and stuck in messy situations while also confined in isolation. At the time, aldn often heard that he was a “predictable sadboy trope” and undeserving of all his success. Instead of letting all the anxiety get to him, aldn used the conflict as fuel to create and the title track “predictable” is a direct rebuttal that speaks for itself.

As a tastemaker, aldn has a wide range of influences that he channels directly into his music from the filmmaker Gaspar Noé to shapeshifting artists like Crystal Castles, Yung Lean, and Bladee. Not wanting to be pigeonholed in the realm of hyperpop, fans will be hit with an arson of stimulating soundscapes that leave you in a dizzying state of shock, awe, and wonder. “I never go into making a song with the idea of a genre,” he says. “It’s whatever sounds cool to me and then it just comes out as something completely different.”

The raw and abrasive energy on tracks like “forget u” and “m box” is intense, but the acoustic instrumentals of “glass words (outro)” keep you grounded. There are also heartfelt moments like “go away” which tells the story of a faded romance. Instead of building expectations for his career, aldn would rather maintain a cult following that is actively engaged with his every move and views him as a versatile solo artist. He’s always craving more and in his own words, “I don’t think I’ll feel successful until I’m successful off of my own success.”