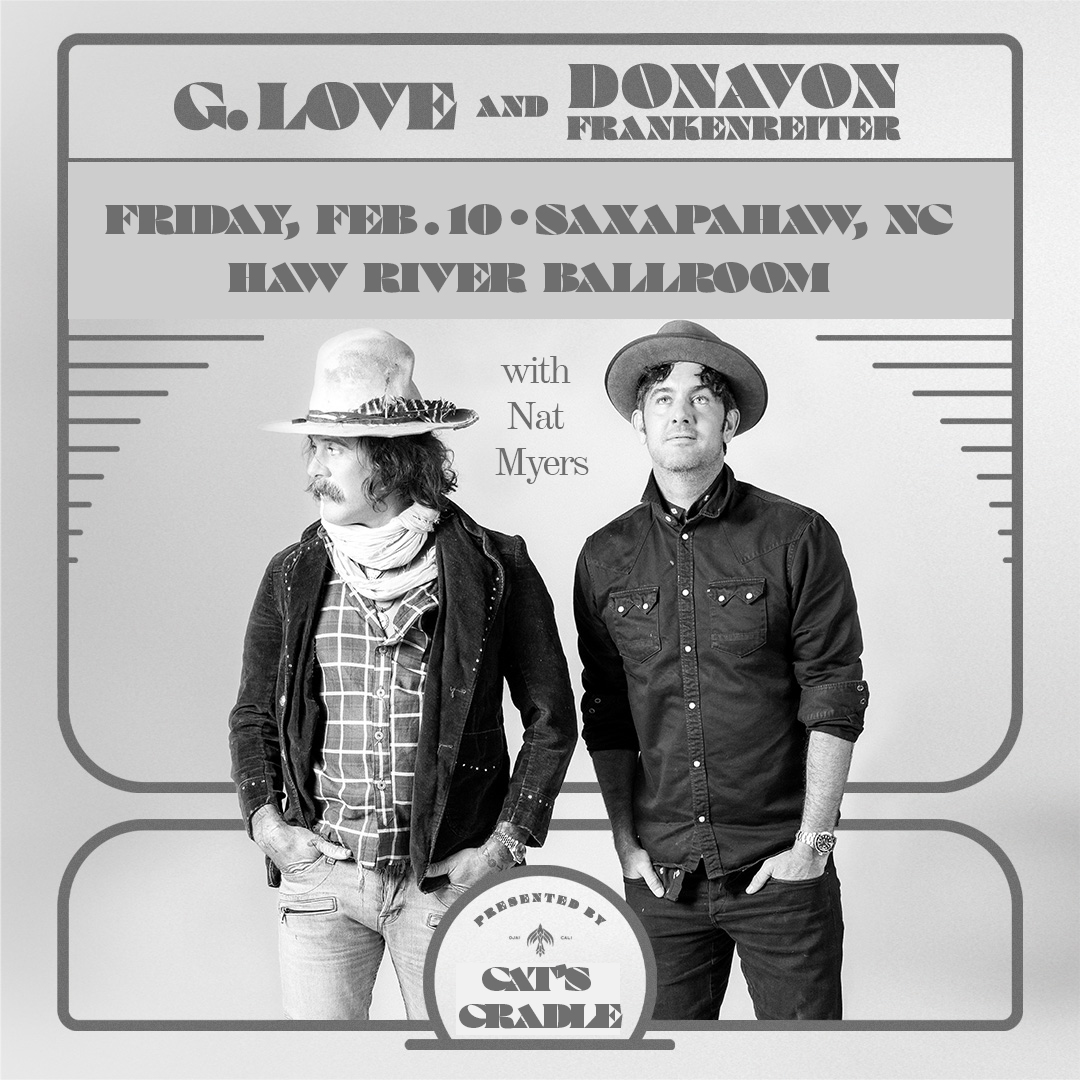 “I’ve been in the game a long time, but I’ve always considered myself a student,” says G. Love. “Finishing this album with Keb Mo’ felt like graduation.”

Recorded in Nashville with a slew of special guests including Robert Randolph, Marcus King, and Roosevelt Collier, ‘The Juice’ is indeed diploma-worthy. Co-produced and co-written with GRAMMY-winning icon Keb Mo’, it’s an electrifying collection, one that tips its cap to more than a century of blues greats even as it offers its own distinctly modern pop spin on the genre, mixing programmed beats and hip-hop grooves with blistering guitar and sacred steel. G. Love’s lyrics are both personal and political here, artfully balancing his appreciation for the simple joys in life with his obligation to speak out for justice and equality, and his performances are suitably riotous and rousing to match, with infectious call-and-response hooks and funky sing-along choruses at every turn. Easy as it is to succumb to cynicism these days, the songs on ‘The Juice’ refuse, insisting instead on hope and determination in the face of doubt and despair.

“I’ve always tried to make music that’s a force for positivity,” G. Love explains. “It was important to me that this album be something that could empower the folks who are out there fighting the good fight every day. I wanted to make a rallying cry for empathy and unity.”

Born Garrett Dutton in Philadelphia, PA, G. Love grew up equally enthralled with folk, blues, and rap, devouring everything from Lead Belly and Run D.M.C. to John Hammond and the Beastie Boys. After migrating to Boston, he and his band, Special Sauce, broke out in 1994 with their Gold-selling self-titled debut, which earned widespread critical acclaim for its bold vision and adventurous production. Over the next twenty-five years, G. Love would go on to release seven more similarly lauded studio studios albums with Special Sauce (plus four solo albums on his own), solidifying his place in music history as a genre-bending pioneer with a sound The New York Times described as “a new and urgent hybrid” and NPR called a “musical melting pot.” G. Love’s magnetic stage presence, meanwhile, made him a fixture on festival lineups from Bonnaroo to Lollapalooza, and his relentless appetite for tour and collaboration landed him on the road and in the studio with artists as diverse as Lucinda Williams, Dave Matthews, The Avett Brothers, Jack Johnson, and DJ Logic.

While G. Love has covered considerable sonic ground during his prolific career, he’s always found himself drawn back to the blues, and to one bluesman in particular.

“Keb Mo’ and I got signed to the same label at the same time back when I first started out, and we toured together early on in my career,” G. Love remembers. “He used to introduce me onstage as ‘a true American original,’ and I could tell that he got a kick out of what I did. We didn’t see each other for a while after that, but a few years ago we reconnected and did a co-headline tour, which was really special for me.”