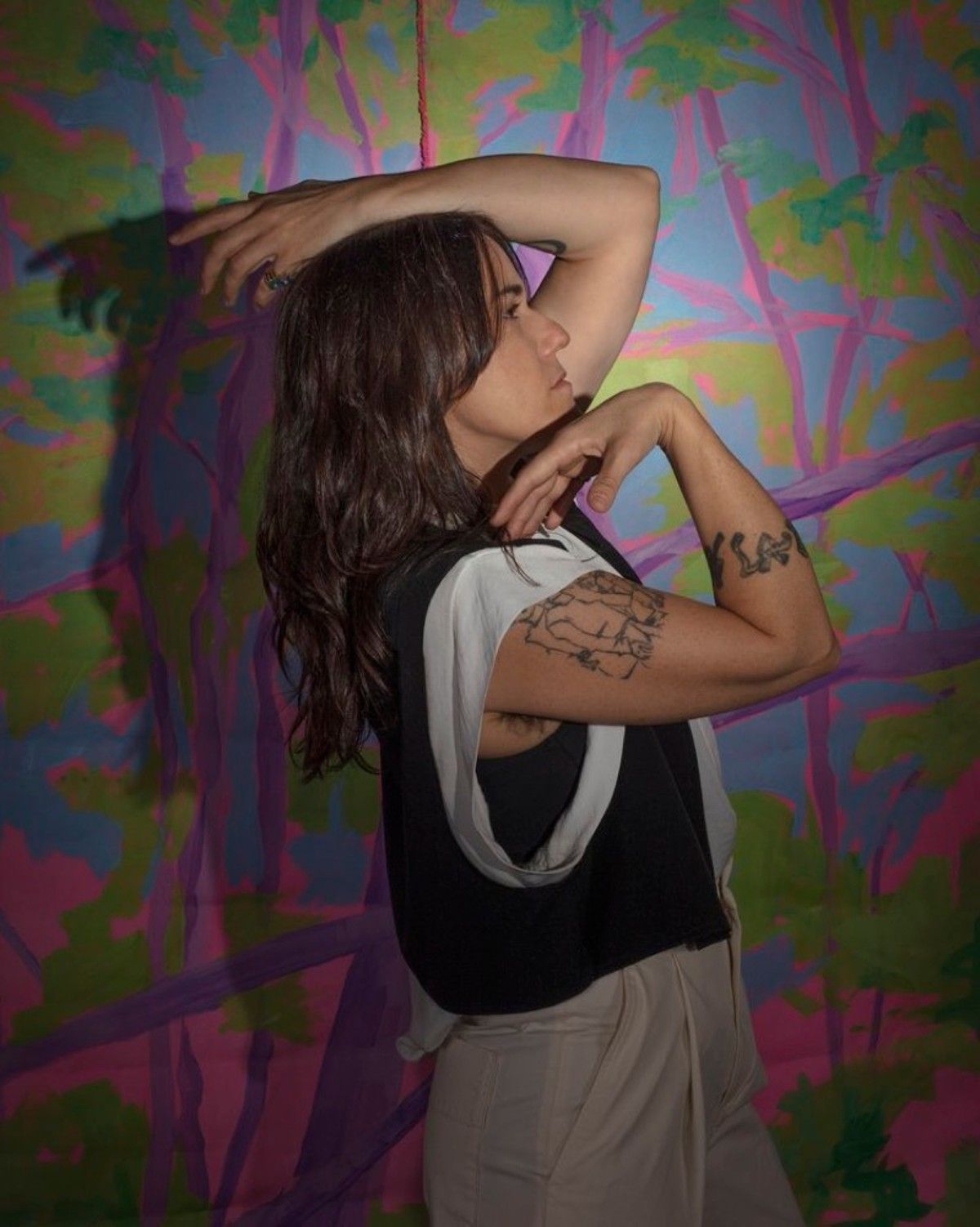 Emily Wells is sharing “Love Saves the Day” from her upcoming album Regards to the End, out February 25, 2022 (Thesis & Instinct via Secretly Distribution).  Wells, who recently toured as a violinist and vocalist with Japanese Breakfast, will be leading her own band across the US this spring and summer. Full dates are below and tickets go on sale this Friday at 12pm ET.

A classically-trained violinist, singer, composer, producer, and video artist, Wells’s music has been described as “visionary” (NPR) and “quietly transfixing” (The New York Times).  Recorded in 2020-21, Regards to the End is inspired by artists with early ties to the AIDS crisis, LGBT activists, and Wells’ own experience as a queer musician born from a long line of preachers.

“Love Saves the Day” was written for David Bucknel, a prominent civil rights lawyer turned environmental advocate who committed suicide in 2018 by setting himself on fire in Prospect Park to call attention to environmental injustice.

“Songs can move through the stories of other people as a means to finding our own,” says Emily.  “I was beset with grief upon David’s death, not because I knew him personally or because I have any claim to his life or story, but rather through a quiet empathy that is, simply, human. In researching David I became interested in the stories of other people who’d chosen politically motivated self-immolation and each kept me following this knotty thread of humanism. Humanism and desperation, and a belief that this act of self-sacrifice was itself their only hope of getting our attention and more urgently, our action.” The Michael Stamm painting April 14, 2018 (RIP David Buckel) serves as the single cover.

In his final email, Bucknel wrote, “My early death by fossil fuel reflects what we are doing to ourselves…Here is a hope that giving a life might bring some attention to the need for expanded action.”

Regards to the End finds connection with the lives and work of choreographers and visual artists, particularly those with ties to the AIDS crisis. This constellation of reference points includes Félix González-Torres (1957-1996), who made tender installations devoted to his lover, who died from AIDS-related complications; Jenny Holzer (b. 1950), a conceptual and frequently text-based artist who contributed to the New York City AIDS Memorial; and Kiki Smith (b. 1954), who has centered the human body and its fluids in her sculptures and lost a sister to AIDS. The album cover is the photo “The Piers (exterior with person sunbathing)” by Bronx-born photographer Alvin Baltrop (1948-2004), who documented Manhattan’s decrepit West Side piers that another lodestar, David Wojnarowicz, frequented.

A work of radical empathy, Regards to the End foregrounds the power of art, critique, and care to connect and perhaps redeem us. The album releases digitally February 25, 2022 and the vinyl and CD release March 11, 2022 and are available for preorder.

“Love Saves the Day” follows “David’s Got a Problem,”  “Two Dogs Tethered Inside” and “I’m Numbers”, out now on all streaming platforms.